This is an unbiased comprehensive review of best CPU for gaming 2022. Read the features, pros and cons to decide which one is the most suitable for you. We are entering into a new era of affordable 4K gaming, as more and more powerful GPUs become more affordable, it becomes really necessary to invest in a CPU which is able to provide the best gaming performance.

A good CPU will enhance your gaming experience as well as provide better performance in creative work. Today, we are going to take a look at some of the best CPU for gaming 2022. 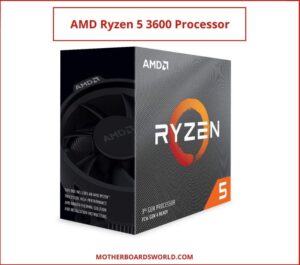 The Ryzen 5 3600 is the best CPU for gaming and productivity under $200. You get six cores in total that work at a base frequency of 3.6GHz. if you have a decent GPU like an AMD RX 5700, you will have a great gaming experience.

The Ryzen 5 isn’t that much behind its bigger brother, the Ryzen 7 3700x. You get more or less similar gaming performance and too while spending less money.

You also get Zen 2’s benefits like PCIe 4.0 on the Ryzen 3600. If you use dual-channel memory, you will get even better performance with the Ryzen 5 3600. There is overclocking support as well if you want to push out more frame rates in games.

If you are looking for the best gaming CPU under $200 then the Ryzen 5 3600 will be the most obvious choice for you. You might be interested in seeing the list of best motherboards for Ryzen 5 3600. 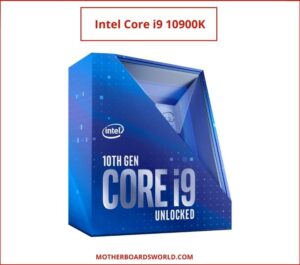 If you are looking for the absolute best CPU for gaming 2022 then there is no beating the Intel Core i9 10900K. It is a 10 core processor that is just overkill. Most people won’t even use this processor to its full potential. Currently, it is the world’s fastest processor, so you won’t have any trouble when running even the most demanding games on this CPU.

This is one of those chips that won’t hold you back in any circumstance. The best thing about this processor is that it comes with insanely high clock speeds. The 3.7GHz base clock is more than the turbo speeds of the older Intel processor. The overclocking potential of this CPU is also very high and you can easily hit speeds of up to 5.3GHz with the Core i9.

It is not just the best intel processor for gaming but also one of the best processors for productivity too. If you are a video editor and want to render videos in 4k or even 8k resolutions then this CPU will do that for you. It also comes with reasonably good 95W TDP when using it on base clock speeds.

If you want to get every ounce of performance from this CPU then you will need to buy a Z490 motherboard as that will allow you to overclock this processor to its max boost clocks. If you are in the market for the best gaming processor then the Intel Core i9 10900K is the one for you. 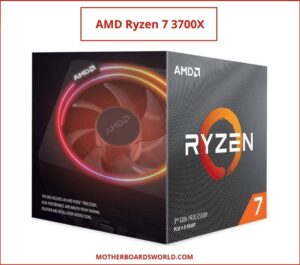 The Ryzen 7 3700x is the sweet spot for most people as it provides great gaming but the top of line productivity performance. If you like to game streaming, video editing is surely one of the best CPUs around. If you pair this processor with the best gaming GPU, you are sure to get an impressive gaming experience. 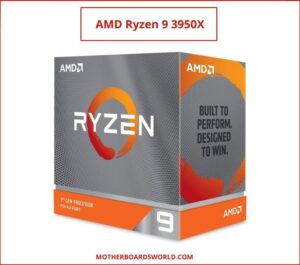 Most of the high-end CPUs are often very pricey and their price-to-performance ratio isn’t that great. But with the introduction of the Ryzen 9 3950x, AMD has totally turned the tables.

This is not a cheap processor by any means but when you take a look at the performance that this CPU offers, you realize that it is very affordable considering its performance.

This is a beast of a CPU with 16 cores and impressive 32 threads. High core count processors aren’t often the best choice for gamers as they want a processor that has lower core counts but higher clock speeds. But with the optimization that AMD has done to their ZEN 2 CPUs, they have become really good for gaming and provide almost similar gaming experience when compared to the more expensive Intel CPUs.

The Ryzen 9 3950x is an absolute beast when it comes to high-end gaming. You can easily run any demanding game on this laptop and get the highest frame rates. It is also the best processor when it comes to productivity. It is even better in productivity than Intel’s Core i9.

If you are one of those people who want a CPU for gaming as well as for creative work, then you should definitely consider the Ryzen 9 3950x. it is one of the best desktop processors for both gaming and creative work. 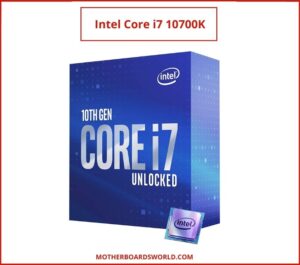 This is one of the best choices for the people who are looking for the best performance in games but don’t want to overspend on an Intel Core i9. The difference in gaming performance between the Intel Core i7 10700K and Core i9 is not that much. You get a similar gaming experience while spending a lot less money.

When you compare it with AMD’s 3700x which is an eight-core processor, the 10th Gen Intel Core i7 is able to perform better in games. A lot of people get concerned when it comes to performance in productivity tasks but the i7 10700K is able to hold its own in that department as well due to its high clock speeds.

The overclocking potential of this CPU is very high as well and you can comfortably go above 5 GHz on all cores if you use a good cooler. This makes it really good for games as games tend to perform better on processors with higher clock speeds.

If you are looking for one of the best intel processors for gaming then the Intel Core i7 10700K is the one for you.

AMD’s 3rd Gen Ryzen CPUs bring some impressive performance to the table. Ryzen 9 3900x is able to provide a similar gaming experience to the Intel counterparts. The interesting thing is that there isn’t much noticeable difference in gaming performance.

If you are a gaming lover then this is the best CPU for you. The best thing about Ryzen CPUs is that they include a Wraith Stealth Cooler inside the box which is good enough if you won’t overclock your CPU.

Ryzen 9 3900x also comes with overclocking support so if you want to get more performance then you can easily overclock it. But you will need to use a more powerful cooler in order to get sustained high clock speeds.

If you pair this CPU with a powerful GPU from either AMD or Nvidia, you will get a great gaming experience. The productivity performance of this CPU is also awesome due to the 12-core and 24 threads design. You also get AMD’s Precision Boost Technology which helps in providing sustained turbo clock speeds.

So, if you are in the market for a powerful CPU that can handle intense gaming and productivity then the Ryzen 9 3900x is the best gaming CPU under $1000. 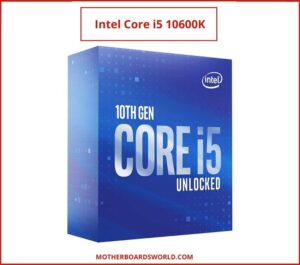 The Intel Core i5 10600K is the best gaming CPU under $300. It comes with six-core that are clocked at 4.1GHz and 12 threads. Due to the higher thread count and increased clock speeds, you get really good gaming performance.

This processor can easily match the performance offered by the previous-gen Intel Core i7 and can even beat it in some games.

There are a lot of people who tend to prefer high refresh rate gaming then this CPU can easily handle it. This processor is a real competitor against Ryzen’s processors. The best thing about this processor is that it offers high-end gaming performance without breaking your bank.

There is also overclocking support so you can easily push the CPU to its limits and get even better gaming performance. If you are in the market and have $300 to spend on a gaming processor then the Intel Core i5 10600K is the best gaming CPU for the money. 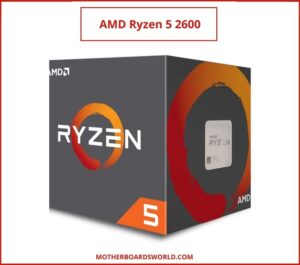 If you want to spend less than $150 and still want decent gaming as well as productivity performance then AMD’s previous-gen Ryzen 5 2600 is still a great CPU. The Ryzen 5 2600 and the 3600 fit into the same AM4 socket so you can choose to go with a 2600 and still can upgrade to the 3600 without needing to upgrade the motherboard.

The gaming performance of Ryzen 5 2600 is also good enough when using a good GPU. You can run games on 1080p pretty easily with this CPU. There is a decent cooler present in the box and you also have support for some overclocking as well.

If you use an external cooler you can easily hit 4GHz on all cores which will provide you with gaming performance almost similar to a Ryzen 5 3600.

So, if you are in the market for building a budget PC for gaming and productivity then the Ryzen 5 2600 still remains one of the best affordable CPUs. You can also see the list of top rated Ryzen 5 2600 motherboards here.

This is the best time to buy a CPU as there are a lot of good options present in the market. You can choose from the absolute best gaming CPUs like the Core i9 down to the most affordable ones like the Ryzen 5 2600.

In the end, it entirely boils down to personal preference and what kind of CPU is most suited to your needs. We hope that our guide will help you in choosing the best CPU for gaming 2022.